As he did not have sufficient financial means, in his debut, Gonzáles was forced to use a great variety of natural materials, such as different kinds of mineral pigments, oxides, plants and any other composed organic materials which he could obtain diverse and surprising colors and textures from. This casual fact makes the famous chorus line boast: There is no ill fate that doesn´t hide something good. So, he introduced it in a new version of art and the use of natural and recyclable materials, which is presently so much in vogue in the most avant-garde international art, since the group of so-called matterist painters has already invented a variant of collage with mixtures of sand, plaster, sackcloth and other materials with which they managed to give a flat canvas the tridimensional texture of sculpture.

In his first oil paintings, he gets to use curtain fabrics, tablecloths and anything he considered could be useful as a base for his work.

Later on, Simeón gonzáles traveled to Lima, Peru. In 1993, a workshop is put at his disposition to work and live there. At that time, he already was working on large formats, as much in oil painting, as with acrylics and mixed technique. In Lima, lots of people get interested in his work, such as painting collectors, artists and politicians, thus giving him great publicity, and the name of Simeón Gonzáles circulates in every corner of the country, as well as many of his paintings. 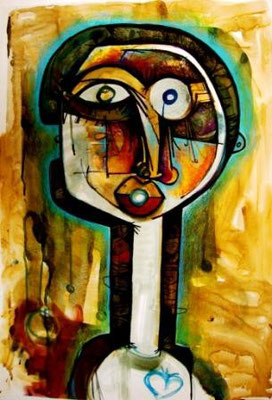 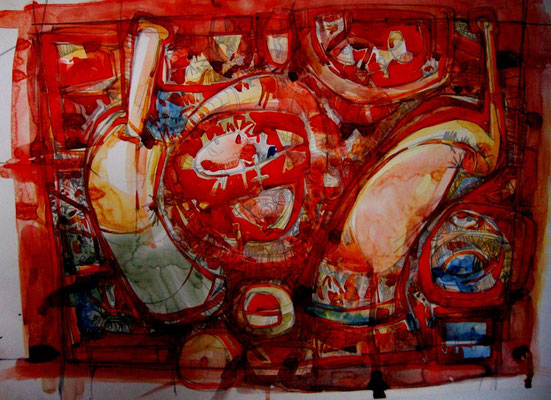 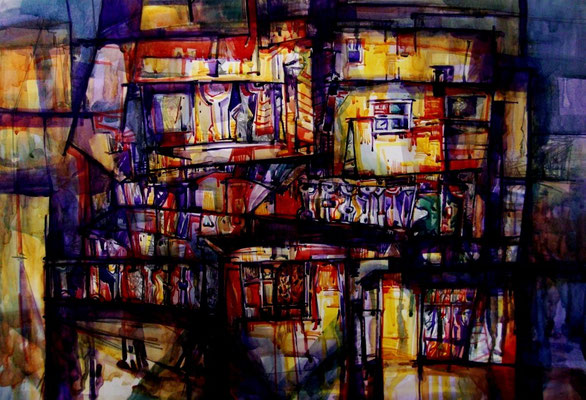 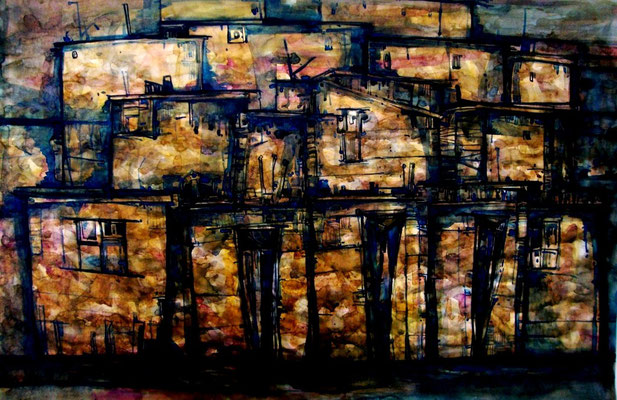 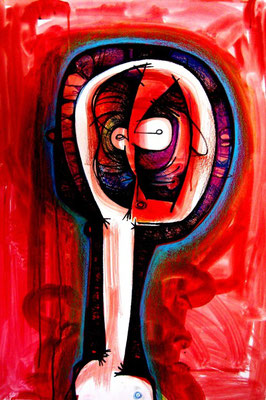 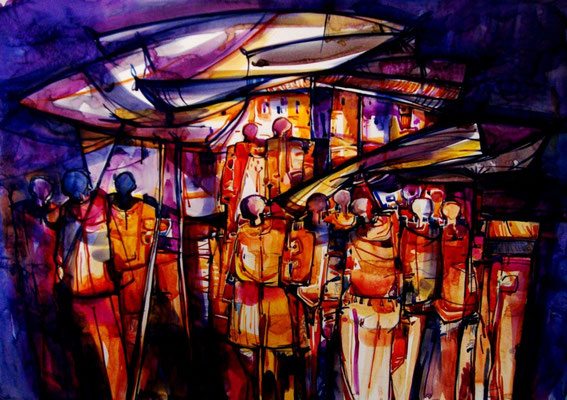 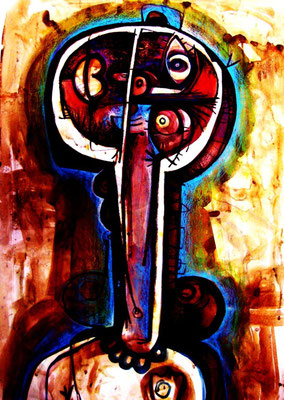 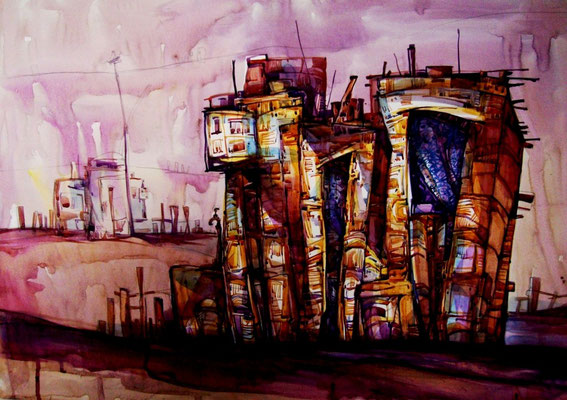 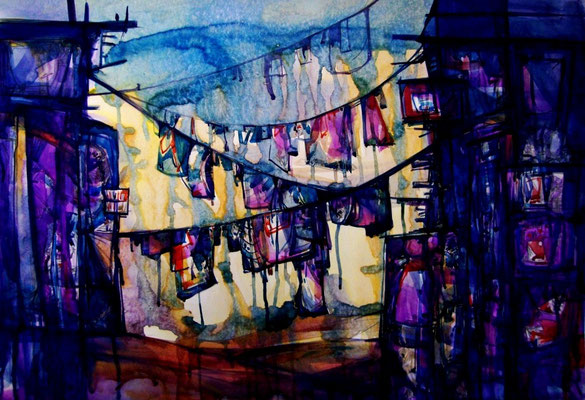 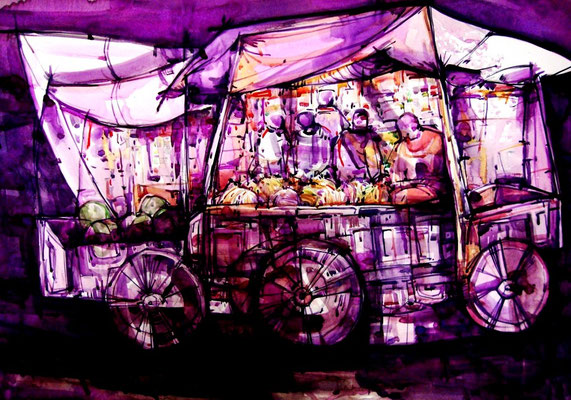 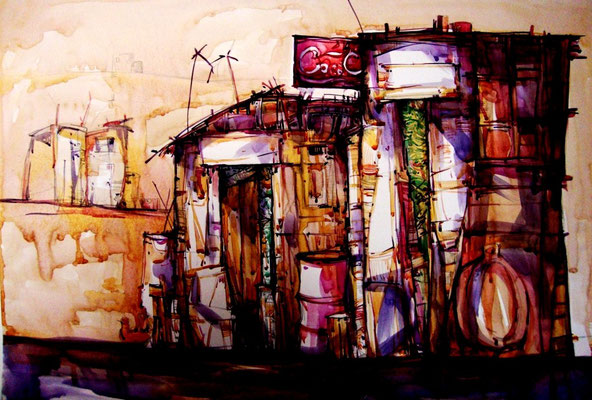 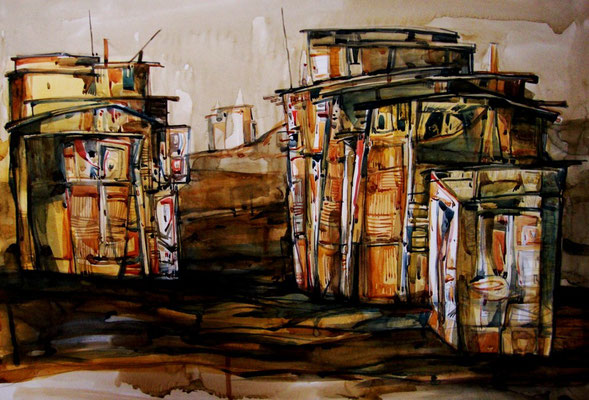 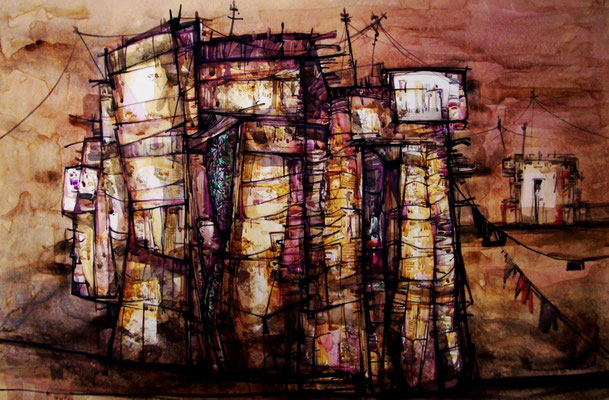