In some way, that city reality which, nowadays, is that of the majority of people, has become the accepted standard for millions of individuals who live a very accelerated life style poor in quality of life, in a quite adverse and unbalanced context, since stress, environmental, mental and media contamination, parasites and interferences of all kinds, as well as excessive materialism and the lack of sufficient reference points to live a healthy, balanced and happy life, greatly contribute in the massive and chronic disturbing of the great majority of these people, in a system which wants their lives to be that way.

Therefore, Simeón´s abstract, cubist, architectural and evolutionary style, turns itself into the mirror of that reality, and it obviously corresponds quite well to the tastes of that kind of people, simply, as a natural consequence of the Law of Resonance and Attraction among elements that vibrate in the same vibrational scale, which allows for an explanation of, at least, part of the success achieved by this young painter who is already a master in his art, considering that the rest is the result of lots of work, as well as that of a brillant artistic trajectory of about 30 years, which started at 8, in the life of a child with great disposition and potential, who had the opportunity to develop his so rich talent, leaving Cusco, his hometown, and Peru, at a very young age, to travel and discover the world, where he conquered his international renown, with much tact and emotional intelligence.

Simeón, as any good architect would, knows quite a lot about materials and their combinations, as well as about colors, textures and bas-relief effects, conjugated with a keen capacity for the observation and interpretation of what he perceives from his surroundings, assimilating and restituting a mixture of structured perceptions and impressions, in suggestive shapes. On the other hand, he masters very well the use of colors, tonalities and hues, to create atmospheres and contexts, punctuated by a broad range of textures that proceed, as much from the supports he uses, as from the materials taken advantage of and utensils utilized in the elaboration of his works, without leaving aside the regular use of his own fingers, to give structural or light and shade effects which add relief and movement in his compositions.

Without a doubt, one can state that Simeón Gonzáles Ayquipa has developed his very own style, which he applies in a systematic, repetitive and evolutionary way, a bit like the Incan builders did, in the case of their splendid and durable constructions that, today, became Humanity´s Cultural Patrimony and Heritage, which could very well occur with Simeón´s artistic work, given that, at 48 years of age, he is very well positioned to take advantage of at least another 30 years or more of trajectory; a scarcely common phenomenon in the artistic world, for which we congratulate him and wish him lots of success in his progression, step by step, towards the highest mastery of his art. 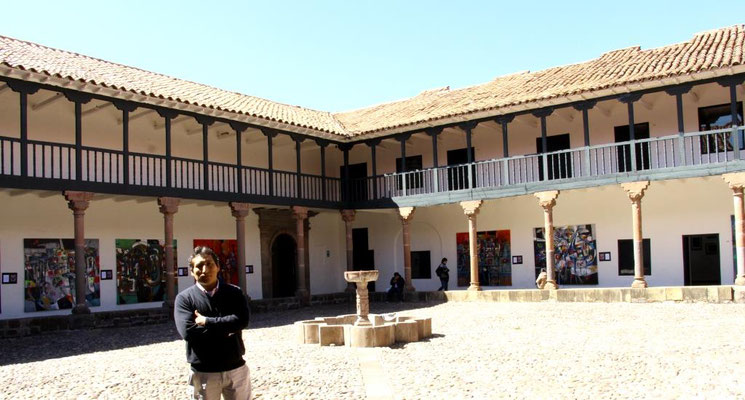 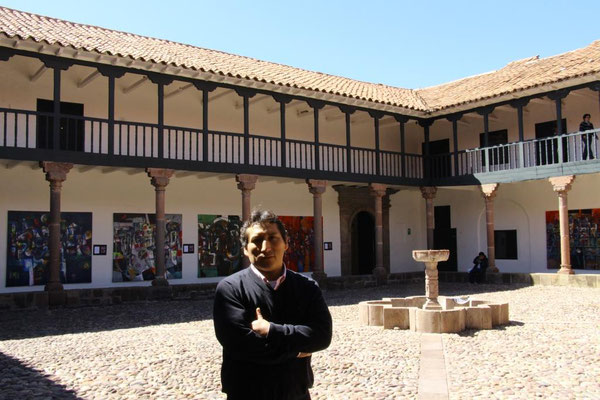 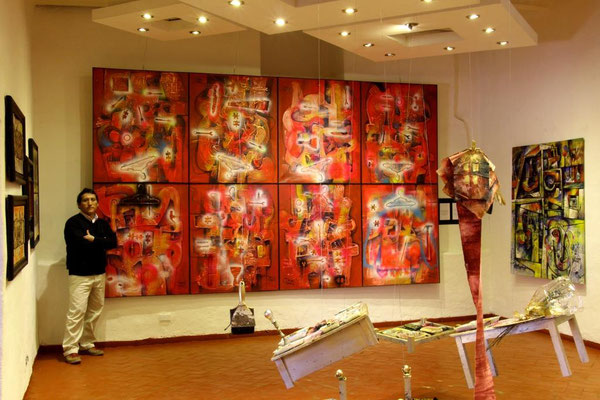 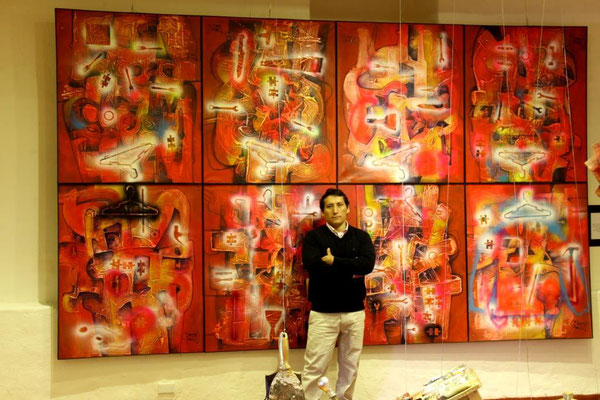 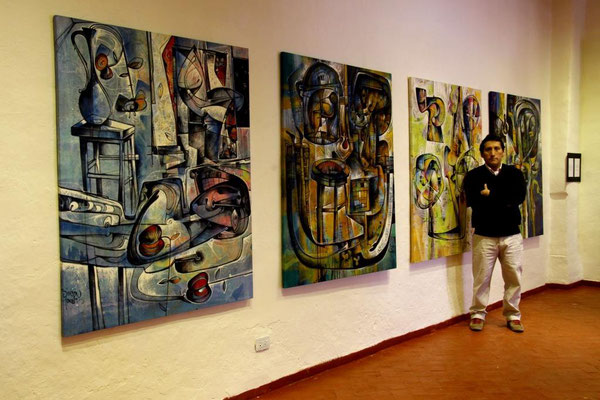 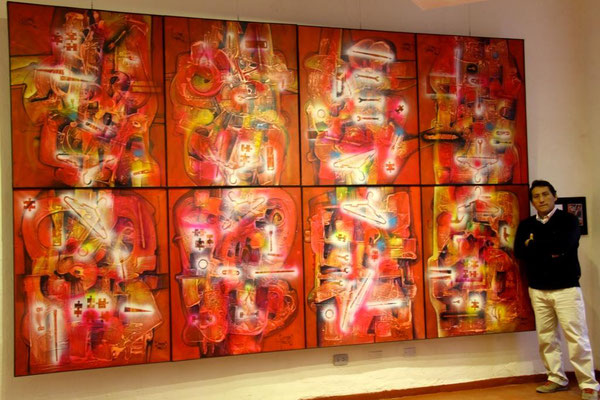 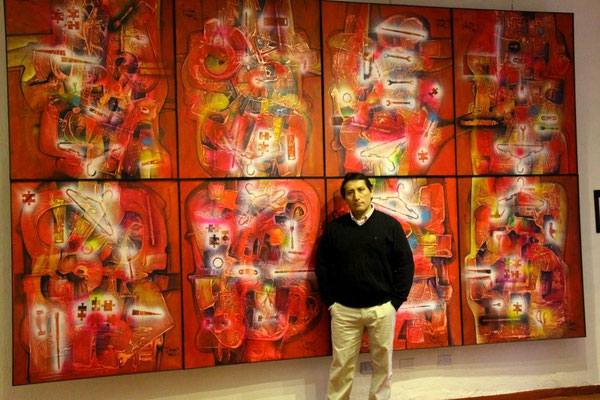 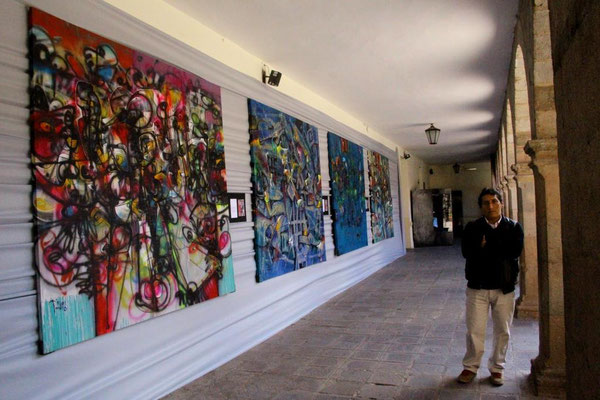 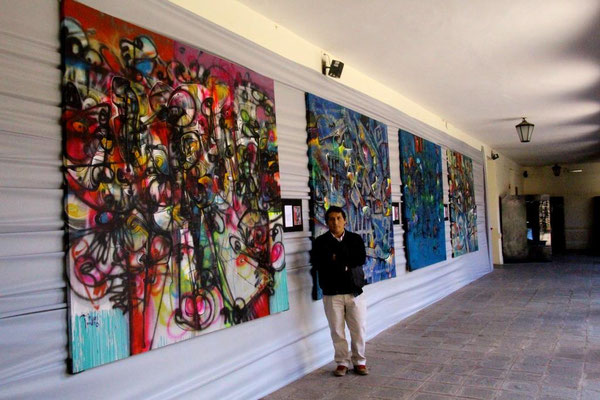 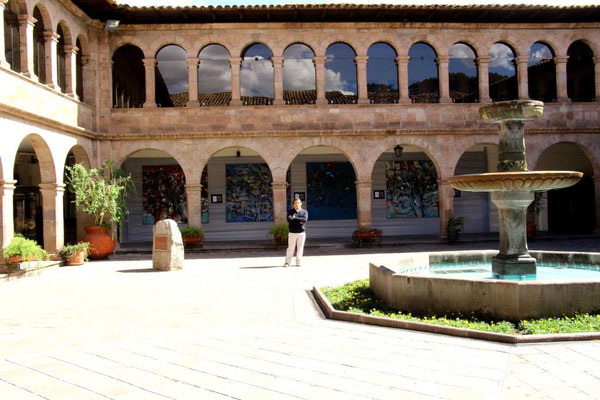 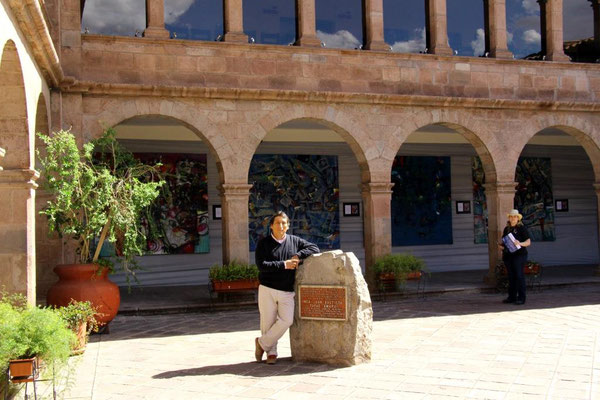 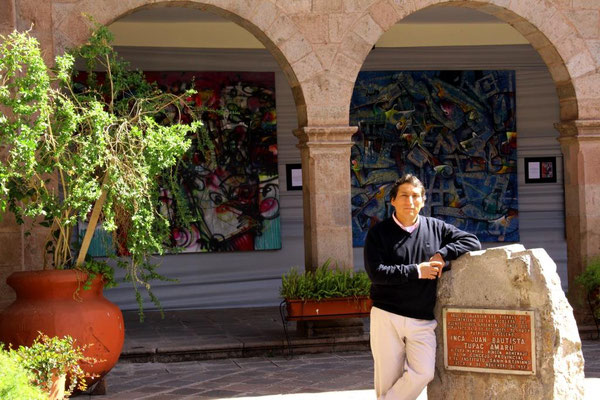 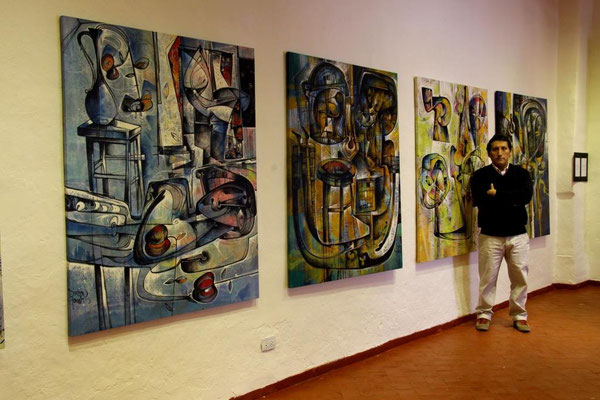 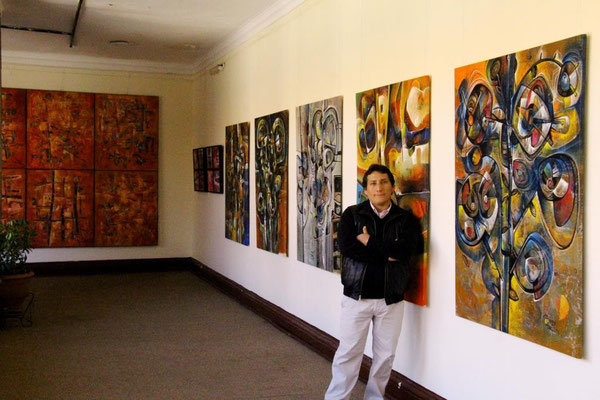 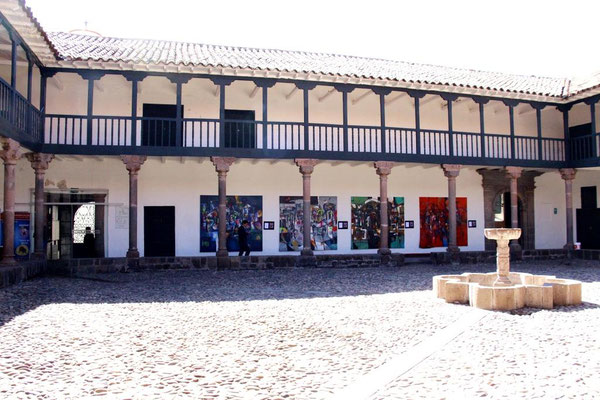 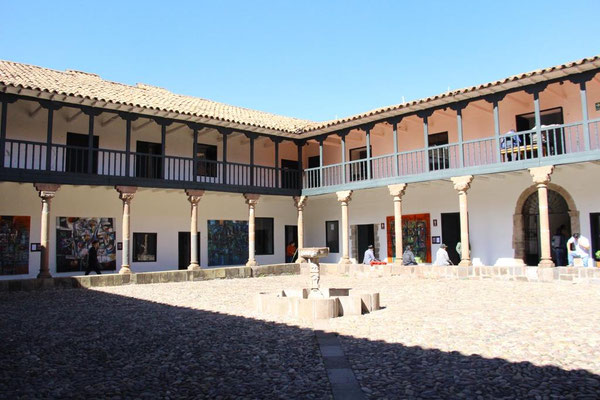